The month of November has not been too kind for the Aardvarks, who posted a 2-5-2 record over the month.

A combination of a tough schedule and the lack of proper conditioning by a few of the veteran Aardvarks during the off-season is the direct link to starting the season three games under 0.500.

Some highlights over the month include Jayde Barkman’s 81 save performance agianst the Rifles on November 13th and Donny Buchko’s four goal night against the Brewsers on November 28th. At the well-oiled age of 76, Buchko continues to rewrite the history books of the IRHL.

The 2018/19 IRHL Schedule has just been released. Make sure to download your copy to follow your Aardvarks throughout this upcoming season.

The Aardvarks posted a 3-3-1 record over the month of February.

With playoffs out of sight for the Aardvarks, they dressed a few affiliated players to see how they jelled with the veterans. Some notable standouts were Mitch Johnson and Darren Sigurgeirson. Johnson notched a whopping 11 points over 3 games played while Sigurgeirson sniped in 7 goals in his one game tryout. It will be interesting to see if either one of them can crack the 2018-19 Aardvark line-up.

In other news, GM Gunner Gislason is currently negotiating with the Commissioner of the RCMP to extend Evan Kassay’s contract for the 2018-19 IRHL season. The commissioner is a tough negotiator but Gunner is willing to sign Kassay at all costs, even offering the Aardvark roster to take turns patrolling the Municipality of Bifrost-Riverton in place of Kassay when he takes his summer holidays.

Kassay continually works to improve and refine his skills.

The Aardvarks struggled to get their overall record above 500 this January recording a 2-3-2 record over the month.

With the 2017-18 season coming to a close, it is looking like the Aardvarks are going to be sellers, rather than buyers, this upcoming trade deadline. The lads have struggled to find their true form this season. The only Aardvark safe from negative criticism is netminder Jayde Barkman, who is currently on pace to break former Aardvark Curtis Chyzy’s 2009-10 team record of facing 1218 shots in a single season.

In other news, Aardvark’s shut-down D-man Jon Finnson is sacrificing the remainder of the IRHL season to work in the oilfields of Alberta to increase the Aardvark’s petty cash fund. He is determined to make enough money to supply the team with post game Reuben sandwiches for the upcoming 2018-19 campaign. 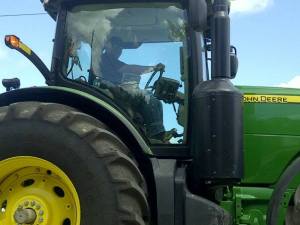 The Aardvarks posted a 3-3-0 record this past December.

The Aardvarks have yet to hit full stride this 2017/18 IRHL Season. The team greatly misses having forward Caleb Kanteluk in the lineup on a consistent basis, as they are 4-1-0 with him on the ice. Kanteluk has been missing games due to the outrageous prices of pork at the Arborg CO-OP. To battle these inflated prices, Kanteluk has purchased pigs that he has to take care of most nights when the Aardvarks are in action. After the upcoming butchering of his pigs, the team expects Kanteluk to return on a regular basis.

New acquisition Evan Kassay has brought some more size and muscle to the Aardvark’s lineup. He is doing a good job filling the void of Parker Abuda, who is currently holding out for more money and more ice time.

Like the beginning of last year, Cory Johannesson is off to a sluggish start, performing well below his 2.5 goals/game career average. The absence of Abuda could have an impact with his current point production. Johannesson has to up his performance this December, as his 22 year contract is expiring at the end of this season. He is currently at the top of this year’s IRHL trade bait list.

The Aardvarks remain undefeated on home ice while the Riverton Rifles suffered their first away loss of the season.

The 2017/2018 schedule has just been released. Make sure to download your copy to follow your Aardvarks throughout this upcoming season.

We recently asked associate captain Gunner Gislason how he feels about this upcoming season. “I usually do not look too closely at the schedule, just take one game at a time, but this year I am busy coaching my Midget team, who are defending league and provincial champions, and noticed that I will be missing 9 Monday night games this year. But I am very confident the boys will pull out a few ‘W’s’. My point total will not reflect my usual numbers, but one has to sacrifice playing for coaching success”.

The 2016/2017 schedule is available.  Sharpen your skates and tape your sticks!